“The books are here!” English teacher Christina Lopez shouted excitedly as she pushed through the faculty lounge door. She held a brown cardboard box in her left hand and a box cutter in her right. She crossed to the table and dropped the box. Its thud splashed coffee over the rim of P.E. teacher Rex Kane’s coffee mug.

“Whoa, there, my young Epicurean!” he said. Christina shot him a look to silence him. She had no patience to suffer fools, and there was no bigger fool than Rex. But, as often happened, Rex’s appearance stopped her short, transforming the anger that had flashed across her face into an expression of incredulity. Rex sat at the table in a bay-wreath crown, a toga, and sandals.

Rex jumped into her baffled silence and continued, “Now then, my young Athenian friend, how about carping the diem and telling me what is in the box?”

“The poetry anthologies my creative writing students put together,” said Lopez, looking away from Rex to the other teachers at the table—librarian Jon Kleinhut and math teacher Jane VanderAsch. She cut open the box and pulled out a book. “I am so excited to show these to the kids next period.”

“Let me see,” said Jane. She took the proffered book, a paperback entitled Living Dreams, Dreaming Lives: A Celebration of Poems inspired by Antler. The cover of the book featured a poorly drawn picture of an American flag sporting a pair of deer antlers. Kleinhut, looking over Jane’s shoulder, almost sprayed his coffee across its pristine cover.

“Antler?!? “ said Kleinhut. “One of your students was talking to me about him. Isn’t he that hippie from Wisconsin who leads writing workshops while sitting cross-legged atop a desk and burning incense? Why are our kids writing books about him?”

“Not about him,” Christina corrected. “Inspired by him.” Some of our students who went to the High School Poetry Institute were quite captivated by his work. It was their idea to develop a book of poetry in tribute to Antler.”
[This is only part of the article. Want to read more? Subscribe to the website by choosing "Register" from the menu above. It's free!] 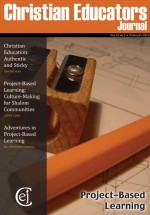