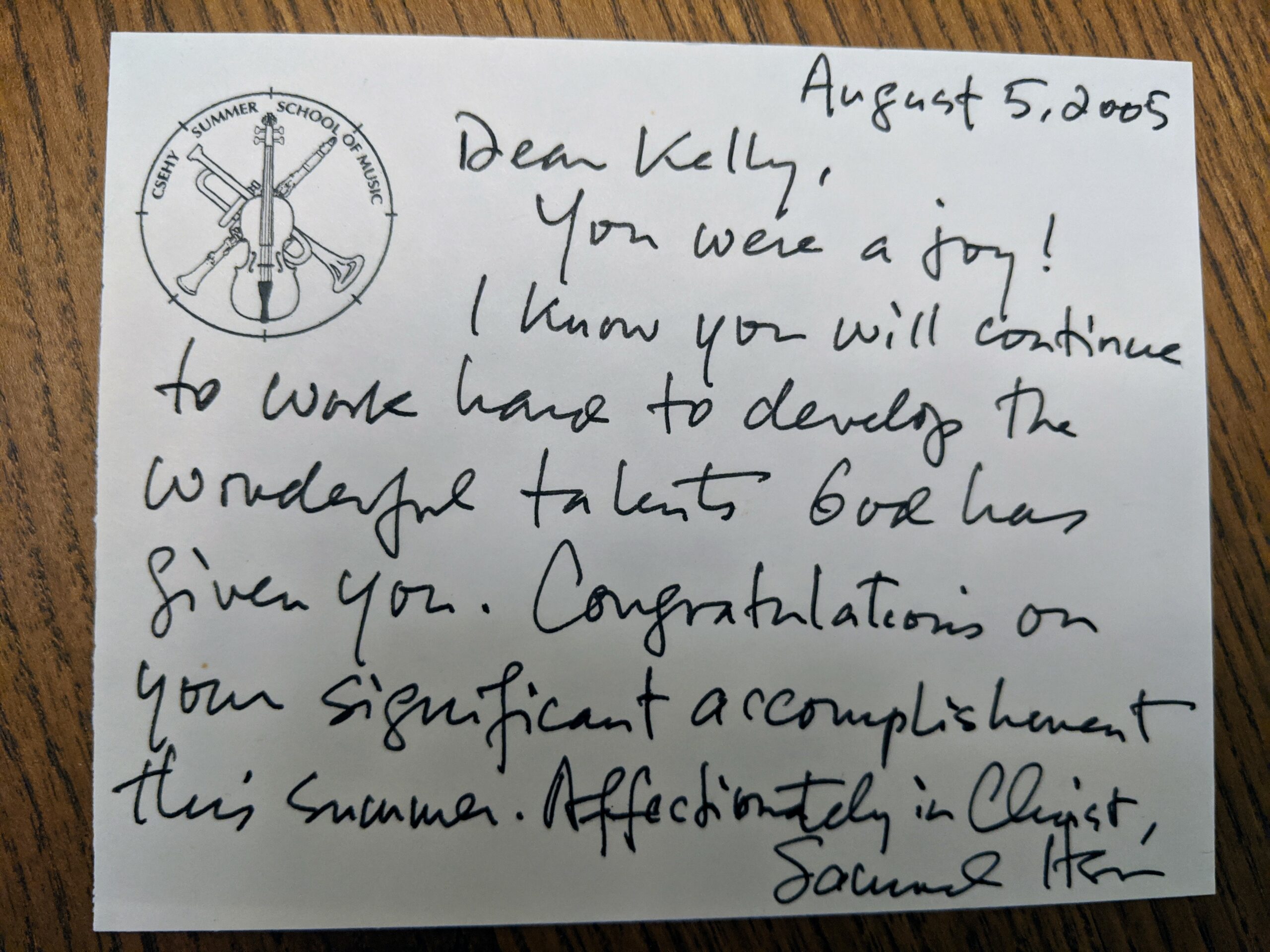 The summer after I graduated from high school, I walked into a piano lesson wanting to play like Ben Folds; I walked out wanting to be like Dr. Hsu. My teacher, the late Dr. Hsu, was a world-class pianist. He could have spent that hour networking with other elite musicians or instructing Juilliard-bound students, but he elected to spend some of his valuable time with me. I will never forget my first lesson with him. After only moments at the keys, he opened a large book and showed me a picture of the Parthenon. He asked me about art and beauty. As our discussion progressed, we moved from the piano bench to comfortable chairs. He made tea. He shared musical knowledge and godly counsel. As we sipped and spoke, a relationship was born that continues to impact me to this day. Over six weeks of teas and keys, I grew. I grew more like him. I have never again practiced piano with the single-minded focus that I applied that summer. However, time with Dr. Hsu formed more than my musical abilities; it also transformed my vision of who I wanted to be and how I wanted to spend my life. This man of elite ability chose to serve me and help me develop. It was contagious. It was powerful.

Ben Folds was a piano-playing rock star, but Dr. Hsu made me see the appeal of a life outside the spotlight. Dr. Hsu enacted the truth that godliness combined with contentment is great gain (1 Tim. 6:6); and, though piano playing is likely not exactly what Paul had in mind when he spoke of working with one’s hands, Dr. Hsu exemplified Paul’s statement that it is a beautiful ambition to seek a quiet life (1 Thess. 4:11). By inviting me to think, speak, pray, and question with him for one summer, Dr. Hsu’s fingerprints have been on all the students that I have mentored since. Along with other key influences, he took time to know me and invest in me, which prepared me to invest in others. He graciously selected me for a season of focused attention, and God has faithfully multiplied the outcome. Who would have thought that a summer of one-on-one piano lessons could have such a wide-ranging impact? Though I didn’t understand it at the time, Dr. Hsu was practicing God’s plan of discipleship through apprenticeship.

God has always been in the business of selection: He chose a people; He chose prophets; He chose disciples. The unlimited God narrowed His focus—not to love the world less but to love it best.

In The Lost Art of Disciple Making (1978), LeRoy Eims says, “Whoever is thinking about or is now involved in a ministry of making disciples (Matt. 28:19) should think soberly about . . . selection” (29). God has always been in the business of selection: He chose a people; He chose prophets; He chose disciples. The unlimited God narrowed His focus—not to love the world less but to love it best. God’s perfect plan was to reach many by mentoring some. Jesus was compassionate to the masses and taught the crowd, but He apprenticed just twelve men. While this strategy purposely limited his scope in an immediate sense, He chose this method to change the world. Likewise, teachers must love and serve all their students, but loving best might mean intentionally investing most deeply in only a few. Jesus mentored a small group of men, each with weaknesses and struggles, but those men went on to “[turn] the world upside down” (Acts 17:6 KJV). Could it be that academic disciple-makers can impact the widest range by narrowing the scope of their efforts? Could selectively apprenticing a dozen help every student experience more of the love of Christ?

Less Can Be More

Teachers must understand that it is not possible to be close with a hundred students, but that does not make the work futile. Jesus, the God-man, is fully God and fully human. As God, He is able to know, care for, and mentor an unlimited number of people. However, as a man, He limited Himself in both time and energy. Limited as it was, there was never an earthly ministry more effective than his.

Like Jesus, teachers have limited time and energy. The Lord spent three years with His disciples; teachers often have only a single year with theirs. Dr. Hsu had six weeks with me. How can we wisely steward the limited resources we have been given? I am making the simple but counterintuitive assertion that we can love more students more by focusing on fewer of them. This idea is not about leaving anyone out or showing favoritism. Rather, it’s about taking the opportunities that God gives. [This is only part of the article. Want to read more? Subscribe to the website by choosing "Register" from the menu above. It's free!]

Smith, James K. A. On the Road with Saint Augustine: A Real-World Spirituality for Restless Hearts. Brazos Press, 2019.

Dr. Kelly Hayes teaches classes in Bible, worldview, and worship at The King’s Academy in Florence, SC. He also serves as biblical integration team leader and chapel coordinator. Kelly has served as pastor and teacher in environments and groups that have spanned age, size, and region. He was educated at Liberty University and Southern Seminary. You can read more of his writing at LeadLikeThis.com. 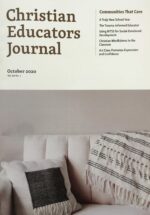