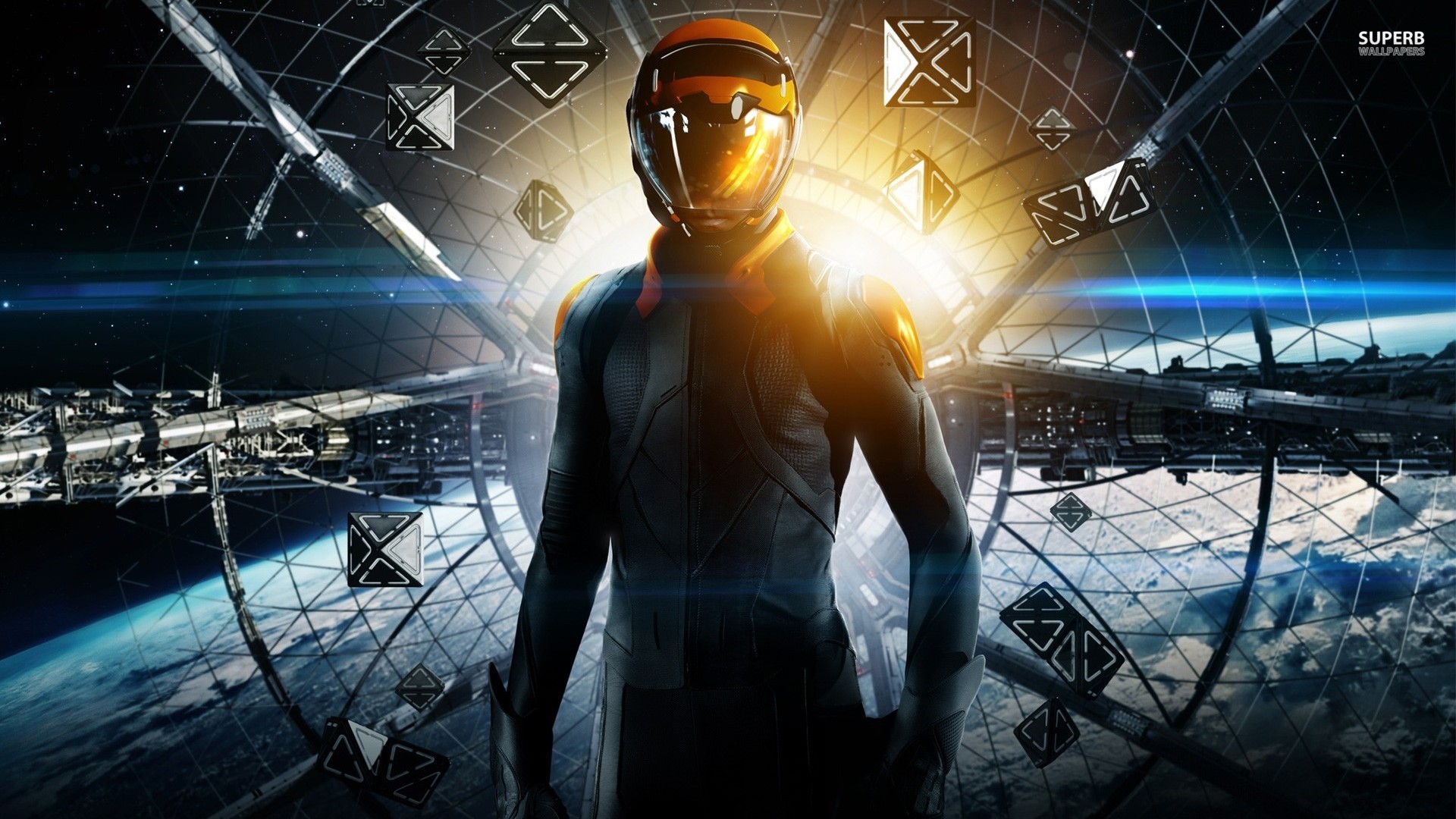 by Andrew Blok and Bill Boerman-Cornell

“These are the paired wonders of reading: the world-creating power of books, and the reader’s effortless absorption that allows the book’s fragile world. All air and thought, to maintain itself for a while, a bamboo and paper house among earthquakes; within it readers acquire peace, become more powerful, feel braver and wiser in the ways of the world” (Nell 1).

Ask lovers of reading what makes it so wonderful and they will inevitably speak of being so wrapped up in the world of the book that they lose track of time and are unable to hear people calling them. This experience, which psychologist Mihaly Csikszentmihalyi calls “flow” may be one of the most important aspects of books for young readers to experience. Csikszentmihalyi writes of a sense of satisfaction and fulfillment that the flow experience brings with it. Such an experience is a powerful motivation for students to read more. Ivey and Johnston found evidence that deep engagement with books resulted in an increase of aspects of perceived happiness (264).

But although many students enjoy engaging young adult literature outside of school, researchers have found such texts are often not valued or even present in school (Moje et al. 2008). So how do teachers find books that are going to grab student readers and pull them into the world of the book? Which books most effectively help readers make the transition from the everyday life around them to immersion in the world of the book? This is particularly important for adolescents, as it is a time when many students fall away from regular reading.

In order to lure a reader into the new world of a book, authors have a difficult task before them. They must make readers feel familiar enough with the new world that they will not abandon the story out of confusion; and at the same time, make that world different enough that readers will not lose interest. We would suggest that a necessary quality of the flow experience is a smooth transition, early in any book, from the reader’s everyday experience into another enchanting and wondrous world.

To figure this out, we looked at seven adolescent fantasy novels that had a range of different sorts of transitions, different styles of writing, and different publication dates. We then reread the initial chapters of the books and considered whether additional factors or contexts were at work. We organized these factors into a chart. Then we selected three books to develop into case studies. The chart presents the results of our analysis.

Each novel considered in this table has key transition factors analyzed with short descriptors to facilitate quick and clear reference. The column labeled “Rationale” provides textual examples of the novels’ transition and also examples of its effectiveness or ineffectiveness. This column offers the moments in the books that we found most exemplified the transitions’ overall effect.

Christian teachers are familiar with the powerful message and engaging writing style of C.S. Lewis’s classic series The Chronicles of Narnia. In that series, characters are plucked from their world (England, with the exception of The Horse and His Boy, which takes place entirely in the Narnia’s world, but nonetheless has a similar character displacement). The Lion, the Witch, and the Wardrobe depicts the journey to Narnia of first Lucy Pevensie and then her three siblings in what amounts to be an effective inter-world transition.

The Lion, the Witch, and the Wardrobe offers a simple, direct movement from A to B. After Lucy chooses a magic wardrobe as a hiding place in a game of hide-and-seek, she finds herself in the world of Narnia, which she first experiences as a snow-filled wood. She meets a faun (half man, half goat) who invites her to his house and tells her stories of Narnia’s history. His house is filled with familiar objects and furnishings. Lucy returns to England by way of the wardrobe. So we have transitioned from a place that is familiar to the reader, into an unfamiliar place that has familiar elements, and then back again.

Lucy returns to Narnia later and Edmund follows her. When he enters Narnia, he cannot find Lucy and instead meets the White Witch. Lucy and Edmund meet up after the White Witch has left and once more they return to England. Later, all four siblings enter the wardrobe and Narnia. This time they do not return to England until the book’s conclusion. Lucy effectively transitions to the world of Narnia within the first twenty-one quick pages. Edmund enters Narnia after thirty pages. All four siblings enter after sixty pages. Although the plot does not begin in earnest until all four siblings are in Narnia, Lewis brings his readers into the world of the books through Lucy’s journey, with little delay.

Because of the number of times characters enter Narnia before they remain, the number of mediating steps is five, each time through a transition space—the wardrobe. However, the characters repeat the step several times.

The degree of difference between Narnia and the readers’ world is considerable. Although it first appears as a snowy forest, it quickly becomes something very unfamiliar to the reader, who must become acclimated to a number of mythical and fantasy creatures, such as Mr. Tumnus. The trees, animals (because they speak), and other inhabitants are all foreign to the reader’s world. Even the most important foundational laws of the world of Narnia are different. They are laws of magic (the Deep Magic, the magic from before the start of time).

This difference becomes less jarring after each transition to Narnia within The Lion, the Witch, and the Wardrobe and in each subsequent book the reader takes up. The factor of a series (FoS) helps in this aspect of the transition, although the physical steps required to transition to Narnia differ each time (through a picture on the wall in The Voyage of the Dawn Treader, pulled away from a train station by magic in Prince Caspian). Furthermore, because of the irregular relation of time between Narnia and England, each time the characters return, the demographics and landscape of Narnia shift considerably. When the Pevensie siblings return for the first time after The Lion, the Witch, and the Wardrobe in Prince Caspian, their castle home, Cair Paravel, is in ruins and the neighboring nation of Telmar has invaded and taken over Narnia. This difference is jarring for the reader as much as it is for the characters.

The Narnia books combine a quick initial transition with a return to our world to allow the reader to make a smooth transition into the world of the book.

In Harry Potter and the Sorcerer’s Stone, the beginning of J.K. Rowling’s phenomenally successful Harry Potter series, Rowling moves the reader from a mostly-conventional (if miserable) suburban existence into a world that exists alongside our own, but which contains wizards, castles, spells, giant three-headed dogs, and adventures. The transition from Privet Drive to Hogwarts begins on the second page of the book and proceeds incrementally until we arrive at Hogwarts in chapter 7 (page 113).

Almost from the moment we are introduced to Privet Drive, it is striking both in its suburban dullness and in the fact that strange things have begun to happen. On page 2, as Vernon Dursley is leaving for work, he notices first an owl and a cat, and then a great many people dressed in cloaks. On page 8, with the Dursley’s asleep after a normal day, we meet Albus Dumbledore, the magician, and shortly thereafter Professor Minerva McGonagall and Hagrid the half-giant. Finally we meet Harry, after hearing the story of what makes him remarkable, and we see him deposited on the Dursley’s doorstep.

Chapter 2 returns us to the Dursley’s (many years later) and the mundane world. In this chapter again, we see Harry’s mundane, fully-recognizable world, filled with bacon and eggs, his cousin’s birthday, and a visit to the zoo. The only thing that hints that this is not a normal world is Harry’s encounter with the boa constrictor. So Rowling introduces elements of the Hogwarts world into the normal world of Privet Drive. We make the transition slowly but smoothly, not in a way that jars.

In chapter 3, letters addressed to Harry begin magically to arrive at Privet Drive. This is the only real anomaly though; everything else is familiar. Later in the chapter, Uncle Vernon takes the family to a cabin, which serves as a neutral location that is in neither the familiar suburban world of Privet Drive nor the gothic alternate reality of Hogwarts.

In chapter 4, Hogwarts finally breaks through in the form of the half-giant Hagrid. And though it is a rather violent confrontation between the two worlds, it is important that it takes place in the marginally more familiar location of the broken-down cabin. In chapter 5, Hagrid takes Harry to the Leaky Caldron (another transitional place), where Harry is welcomed like a returning hero, and then into Diagon Alley, which is completely in the Hogwart’s world, but is still not the final destination of the school itself. Because the transition is ongoing and we are becoming incrementally immersed in this new and amazing world, the extended amount of time it is taking to make the transition does not seem tedious. Furthermore, as Harry encounters people, fellow students, shop owners, and so on, Hagrid keeps up a running stream of exposition, gradually informing both Harry and the reader about the basic elements of this new world.

Finally, in chapter 6, Harry passes through the wall at King’s Cross station and into Platform Nine and Three Quarters, and from there to the Hogwarts Express train where he meets the Weasley family, Hermione, and Draco Malfoy—some of the main characters of the book. Once the train arrives at Hogwarts, they begin their immersion into that world, and effectively the reader has moved from a world familiar to them to one that holds new perceptions, understandings, and adventures. 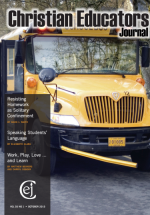