“Censorship ends in logical completeness when nobody is allowed to read any books except the books that nobody reads.”

“Our culture has traded books for Web page views, words for icons, and study for entertainment. We have, in fact, become a society full of people who are merely functionally literate rather than deeply literate” (91).

—John Suk, Not Sure

We have just emerged from a brown, uneventful winter. The Canada geese look dizzy as they circle around, heading south, then spiral back again to the open waters of Lake Ontario. The homely garlic that was planted in the fall decided it was time to grow, so we can almost eat it already. Winter for me is a time of rest from the garden, and a time to catch up on reading: children’s fiction, professional literature, “Canada Reads” (the Canadian Broadcasting Corporation’s annual book competition) winners, and whatever else comes my way. There seems never to be enough time to read all the good books! What do we as educators read, and what do we encourage our students to read? What makes a book “good”? How do we decide which books to put in our Christian school libraries or our literature units, and which to leave out?

The list of banned children’s books is surprising. The Adventures of Huckleberry Finn is banned from many high schools in the United States because of its use of what are now considered racial slurs. Hatchet is an optional novel for study in our school in grade six, and I was surprised while writing this article to find that it is banned in some places because of its graphic description of injury and trauma. Even The Lorax by Dr. Seuss is banned in some areas of the United States for its “allegorical political commentary,” despite its incisive account of environmental disaster. The list goes on: Harriet the Spy (banned for being anti-authoritative), Shel Silverstein (banned for some of his “non-traditional” ideas), and The Diary of Anne Frank (banned for its depressive tone). Finally, The American Heritage Dictionary of the English Language, Fourth Edition was banned in some libraries for having “Thirty-nine objectionable words” (amazon.com/gp/richpub/syltguides/fullview/R35VVPN7OSI8N).

The process of censorship is subjective, and is affected by geography, historical context, and environment. [This is only part of the article. Want to read more? Subscribe to the website by choosing "Register" from the menu above. It's free!] 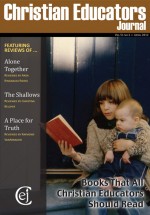