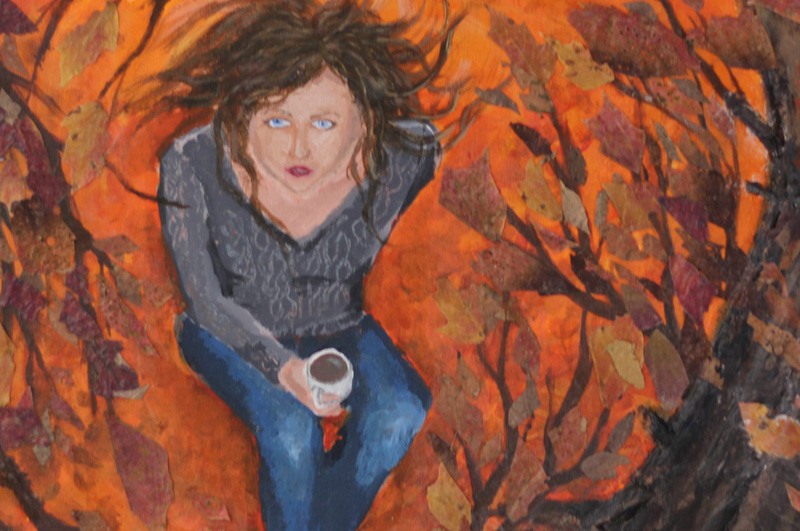 Paulo Freire, in his book The Pedagogy of the Oppressed, passionately challenges his audience to love one another actively and empower each other through dialogue and self-reflection to create and re-create with the purpose of being more fully human.

If I do not love the world—if I do not love life—if I do not love men—I cannot enter into dialogue … How can I dialogue if I always project ignorance onto others and never perceive my own? How can I dialogue if I consider myself as a case apart from other men—mere ‘it’s’ in whom I cannot recognize other ‘I’s? …Dialogue further requires an intense faith in man, faith in his power to make and remake, to create and re-create, faith in his vocation to be more fully human (which is not the privilege of the elite, but the birthright of all men) (76–77).

This challenge, although idealistic, became the driving motivation of what would eventually be called the “Perspectrum Project” for my grade 12 art students. I teach at an independent Christian high school in Hamilton, Ontario, where character, learning, and service are the mission of our school. Although my school takes academic excellence very seriously, we measure the success of our mission by the habits of our graduates, specifically: competence, reflection, compassion, resilience, and creativity. As an art teacher, it is important for me to nurture each of these habits in my students, but it is particularly important to define “creativity” and “compassion,” to help illustrate the importance of using the creation of art as a platform to promote dialogue between my students and their neighbors in the community.

Creativity: A graduate is playful, finding joy in all of God’s creation, in exploring and discovering, in imagining and creating. His or her creations are beautiful, strong, and excellent. As image-bearers of God, graduates understand that they are craftsmen and artists.

Compassion: A graduate shows respect and compassion for others as equal image-bearers of God and for all of God’s creation. He or she is able to see from another’s perspective, to be in another’s place. This compassion should be evidenced in lives of service and integrity, concern for justice and ethics, and extension of generosity and grace (“Growth and Learning” document, Hamilton District Christian High, 2012).

Since I share the beliefs of my school—that every person has been created equal and is a creative being, and that we are meant to respect and serve each other with integrity—it is important that my students be given an opportunity to build relationships and create art in their own community. Maxine Greene would agree, and suggests that, “we (and those who are our students) must be given opportunities to choose to be persons of integrity, persons who care” (36). It is absolutely not optional, but a necessary mandate to provide opportunities to exercise compassion and integrity in order to empower students with the birthright of creation and re-creation as Freire adamantly argued. Interestingly, an opportunity for my students to fulfil this mandate was made possible at an outreach art studio in downtown Hamilton called “RE-Create.”

Almost two years ago I met Betty, the director of the “attachment” program at Shalem Mental Health Network in Hamilton, and the artistic director of the RE-Create Outreach Studio. Betty is a parent in my school community and has been providing art studio space for street-involved youth in Hamilton’s downtown since 2003. The idea of providing an open art studio for homeless, at-risk, and street-involved youth was inspired by a space in Toronto called “Sketch.” RE-Create began in a shelter called “The Living Rock,” moved to the basement of another shelter called “Notre Dame House,” and finally became established in an independent space in partnership with the Urban Arts Initiative in Hamilton’s art district on James Street North. A few doors down from RE-Create is the Notre Dame House School (NDHS), which is a high school that provides an opportunity for street-involved youth to get a high school diploma in a more flexible learning environment. The NDHS students use the facilities at RE-Create for their high school art class, but the studio is also available to other youth from the downtown core during and after school hours. When I indicated to Betty my interest in creating a collaborative artwork with my students and the youth at RE-Create, Notre Dame House School and the Hamilton Urban Arts Initiative were eager to be involved as well. We saw this project as an opportunity for the youth from both schools to become social and cultural contributors and cultural creators. It was a chance for them to develop a sense of identity, agency, and a sense of place through authentic and community engagement.

The idea to create a piece of collaborative artwork existed between Betty and myself for over a year before I presented the idea to my grade 12 students and it finally took shape. The project evolved through a project-based pedagogical method. My school has implemented a three-year strategic plan to reduce, and ideally eliminate, a hegemonic approach to instruction. We no longer view the role of the teacher as the expert who rations out portions of knowledge to each student, but rather, a facilitator who acts as a guide and works alongside the students to aid them in their own discoveries. Many students feel that the traditional method of teaching is “lock-step, top-down instruction” (Lin et al. 31). For this reason, in project-based learning, the students design and implement their own projects in response to a driving question. Every project has a practical application and is presented to an audience, or implemented in a real-world context. Giving projects purpose provides motivation for the students, and they are held accountable by deadlines that matter. Of course educators must scaffold projects with lessons on technique, just as “a musician must learn the musical tradition, the notation system, the way instruments are played before she can think of writing a new song” (Csikszentmihalyi 8). For this reason, project-based learning at a senior level is very effective, since most students have already established basic technical skills, knowledge, and some autonomy.

With my grade 12 class, I introduced the project by telling them about the RE-Create studio and the opportunity for the collaborative project; the students were immediately enthusiastic about the idea. I used the momentum of the discussion to introduce the driving question: “How can art unify people while celebrating their differences?” In response to the question, the students took control of their own learning as I facilitated the discussion towards a project design. A concern my students raised quickly was that they did not want the RE-Create students to feel that they were being exploited or pitied. The students realized that this project needed to be about building relationships to unite communities in Hamilton. This could not be a project about “us” helping “them.” The collaborative project needed to be a partnership with “mutual benefits and responsibilities” (Russell and Hutzel 8). The students came to realize that “we do not perceive and understand the Other thanks to some act of empathy; we do so by understanding what the Other is saying, thinking, and feeling, and through our ability to converse with the other” (Chalmers 304–5).

The students first observed that since they attend a private school in an economically prosperous part of Hamilton, there is a fairly obvious socio-economic, cultural, and life experience difference between themselves and the RE-create students. They realized, however, that they also shared many interests, such as music, film, fashion, and adolescent culture in general. Csikszentmihalyi observes that “it seems true that centers of creativity tend to be at the intersection of different cultures, where beliefs, lifestyles, and knowledge mingle and allow individuals to see new combinations of ideas with greater ease” (8–9).

Later in the project, it became clear that the mingling of different beliefs, lifestyles, and knowledge challenged the students to consider their approach to their art in a new way. As the students reflected on the diversity of the participants of the project and the overarching theme of unity, one of them suggested that all adolescents are emotional. The project should enable the students to communicate their individual feelings since emotions are universally experienced, but also unique to each person at the same time. Finally, another student suggested that the emotions should be in response to a color. Each student would respond emotionally to an individual color on the color wheel, but they would be unified by the circular color spectrum. It was suggested that we purchase gallery-style canvases, paint the sides the different colors of the color wheel, and exhibit the finished pieces by hanging them in a circle.

The collaboration took place during three separate workshops over the course of a month. [This is only part of the article. Want to read more? Subscribe to the website by choosing "Register" from the menu above. It's free!]