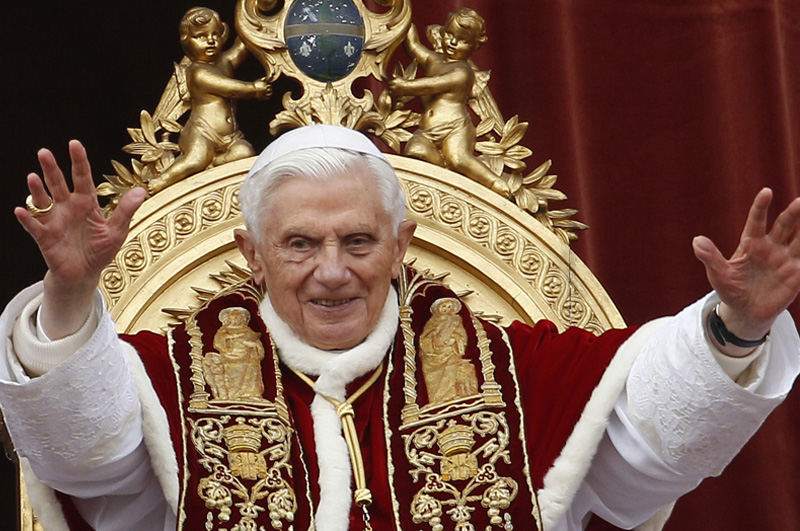 In addition to the areas reserved to the members of the people of Israel (men, women, priests) in this temple there was a space in which everyone could enter, Jews and non-Jews, circumcised and uncircumcised, members or not of the chosen people, people educated in the law and people who weren’t. Here gathered the rabbis and teachers of the law ready to listen to people’s questions about God, and to respond in a respectful and compassionate exchange. This was the Court of the Gentiles and pagans, in Latin the atrium gentium, a space that everyone could traverse and could remain in, regardless of culture, language or religious profession. It was a meeting place and of diversity [sic] (The Courtyard of the Gentiles, 2013).

It must have been an interesting place of openness, intrigue, confusion, and questions; it was removed from the inner courts, from the strict separation of Jewish women, men, priests, and the Holy Place itself. I wonder whether there were those Jews who preferred the comfortable disorder of the outer court of the Gentiles to the strict laws and segregation of the inner courts. The Vatican seems to also recognize our predilection to close down growth and learning by creating a culture of “efficiency”:

Commenting on the Vatican’s initiative, Wolfe defines utilitarianism as “the pursuit of money and power” (4). The Vatican Web site states that a shared theme for believers and nonbelievers might be to “take up concrete and common tasks for peace, justice, respect for diversity, the protection of nature, and the fight against fundamentalism” (The Courtyard of the Gentiles, 2013). The Vatican’s desire to open up a space for both believers and nonbelievers to dialogue about a shared agenda for what life-giving culture might look like is a powerful lesson for Christian educators. Many of us in education can be guilty of shutting down openness to surprise and spirituality through an ethos of efficiency and control.

Christian schools desire to “make disciples” out of the children we serve. However, within this desire we need to keep a wary eye on the potential danger of efficient utilitarianism in the embodiment of faith from one generation to another. In his study of the developmental stages of faith, James Fowler reinforces that dynamic faith development is inherently relational, tied inextricably to our psychological development, and often reflects a movement toward a universalizing human dynamic that usually requires an expansion of the presence of tradition in the early stages. This article will first outline Fowler’ s definitions of faith and its developmental stages, and then illustrate Thomas Groome’s pedagogy focused on a compassionate ethos of faith development for children as embodied in the Gospel of Mark.

Fowler’s exploration of the psychology of faith development provides a powerful insight into the impact of family and faith traditions on an individual’s development. Fowler also recognizes the inherently relational dynamic of faith that starts immediately at birth. Our first encounter of the world and its dependability occurs in our relationship with our caregivers. Fowler calls this a “covenantal pattern of relationship” that takes on “triadic shape”:

Along the baseline of the triad, we see the two-way flow between the self and others of love, mutual trust, and loyalty that make selfhood possible. Above the line, at the point of the triad, we see a representation of the family’s shared center(s) of value and power. This includes the family’s “story,” its recognized and unrecognized collection of formative myths. Both self and others invest trust and loyalty in (“rest their hearts upon”) this center or these centers (17).

Fowler recognizes that as we age, we participate in many of these triadic relationships, and that we form an identity (or even identities) as we navigate them and seek to create coherence among them. Within these relationships, families and communities introduce children to shared centers of value and power, the relational context in which children move into the developmental stages of faith.

Absorbing “fragments of stories and images” (128) from the family or culture at large, children in stage one develop a rudimentary understanding of God. Fowler identifies that a tradition preoccupied with “the sinfulness of all people without Christ and the hell of fiery torments that await the unrepentant” often results “in the emergence of a very rigid, brittle and authoritarian personality” when the child is an adult (132). Fowler goes on to challenge Christian schools with the great responsibility to provide images and stories that act as “gifts and guides for our children’s fertile imaginations” (132). Fowler recognizes that “religion,” the rich “cumulative tradition” that informs our faith, is a key aspect of faith development. But, children must have the freedom to speak, to share the images that are forming in their minds. We’ll consider in the conclusion how the gospel provides beautiful and mysterious images and stories for all of our faith development. The stories are not easily summarized and simplified. All of those on a faith journey from its initial stage on have the capacity to offer a meaningful reading.

Primarily evident in elementary-age children, in stage two, the imaginative fantasies of stage one become more rooted in the real. The role of parents and culture at large becomes much more evident in shaping the way a child forms an understanding of God. But narrative still plays a significant role in shaping “coherence and meaning. Story becomes the major vehicle for giving unity and value to experience. . . Meaning is both carried and ‘trapped’ in the narrative” (149).

Often occurring in adolescence, stage three faith becomes characteristic of many adults, a stage where many individuals stay. Stage three often involves a first “chum relationship—a first experience of adolescent intimacy outside the family.” These non-family relationships play a significant role in forming the individual’s identity. These additions of triadic relationships demand that faith “must provide a coherent orientation in the midst of that more complex and diverse range of involvements” (172). In stage three, beliefs are important, and the individual is starting to form his own narrative within those beliefs; beliefs are “tacit,” and are shaped by the consensus of a group and its authority figures. In stage three, however, symbols still have important meaning and are understood as representative of the sacred itself. Any deconstruction or demythologization of the symbol is a direct attack on the sacred itself.

Often occurring in early or even middle-age adulthood (if at all), stage four involves “the critical distancing from one’s previous assumptive value system and the emergence of an executive ego” (180). The earlier stage’s reliance on the nurturing community and its symbols, narrative, and beliefs are now being critically examined and appropriated into concepts. Tacit understanding now becomes explicit. The stage four individual is able to express her convictions. Stage four is the only stage in which the mystery and imagination of narrative and symbol gives way to a more rationally based critical stance of belief. The individual sets herself apart from the mythology of the group.

Whereas stage four is a loss of mystery in the symbols of a religious community, stage five “develops a ‘second naiveté’ (Ricoeur) in which symbolic power is reunited with conceptual meanings” (197). In stage five, the individual is open to the truths of the “other” and recognizes that one’s own boundaries are “porous and permeable” (198). The individual can simultaneously be a part of one’s own group while also recognizing it is relative to others and will in some ways distort the truth of “transcendent reality” (198). Once again, the individual “can appreciate symbols, myth and rituals (its own and others’)” (198).

Stage six demands a unity of commitment and action that might only be revealed in the “martyrdom” of a select few: “the bearers of stage six faith, whether they stand in the Jewish, Christian or other traditions, embody in radical ways this leaning into the future of God for all being. . . . I believe these persons kindle our imaginations in these ways because in their generosity and authority, in their freedom and their costly love, they embody the promise and lure of our shared futurity” (211), pointing us with their lives to the eschatological possibility of the “coming kingdom of God” (210).

With the stages outlined, we now turn our attention to consider the implications of the stages of faith for both the Christian school students who are encouraged to grow in their own faith journeys, and the parents and school leaders who are responsible for supporting and nurturing them.

One thought on “Learning in the Courtyard of the Gentiles: Ethos and Pedagogy for Healthy Faith Development in Christian Schools”