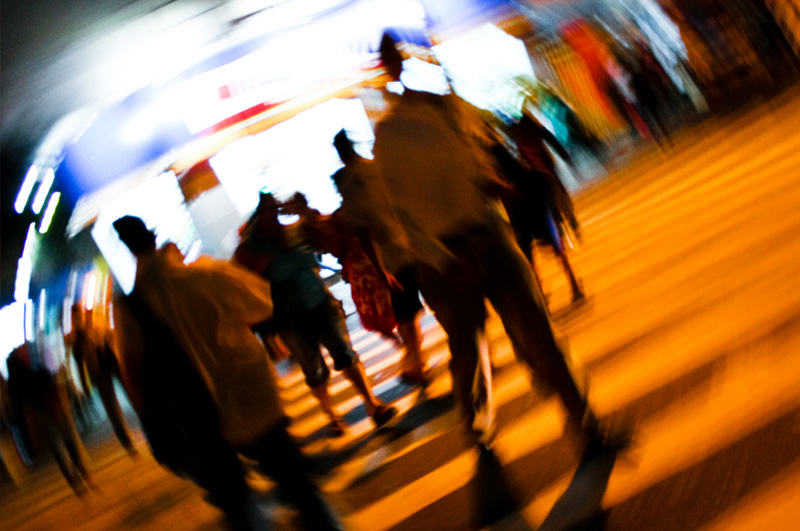 One of the most frequent charges brought against faith-based schools is that they are divisive to society and foster intolerance. Such claims are made despite a growing body of research evidence to the contrary—evidence that has been available for decades. In the past twenty years, several highly regarded studies have noted that private schools, including those that are faith-based, are more likely than their public school counterparts to serve student bodies reflective of the ethnic and racial diversity of the nation as a whole. Likewise, private school students are more likely than their peers in public school settings to sit in racially mixed groups in the lunchroom.

But if faith-based schools are, on the whole, integrated settings where students are not only tolerant of but also friendly toward their peers of different races and ethnicities, what is it about these schools that fosters such behavior? Moreover, are there differences in the extent to which faith-based schools foster integration and friendship among students? What might these similarities or differences indicate about Christian schools and Christian schooling, broadly speaking?

The study described here—referenced in the “Phase I” report of the Cardus Education Survey, and heading to publication in full in 2011–2012—attempted to answer these questions, working from the hypothesis, confirmed by a prior body of research, that private, faith-based schools are indeed integrated.

The study used a multisite case study approach and incorporated descriptive survey data, focus group data, and data from individual interviews. Data were collected in two schools, one with an Evangelical Protestant worldview (called here “Evangelical High”) and the other with a Catholic worldview (“Catholic High”). Both schools are located in the same urban center in the American northeast and both schools enroll significant numbers of students that identify as racial and ethnic minorities. Although not a perfect demographic match—all of the students in the Catholic school are considered low socioeconomic status, while only 30 percent of the students in the Evangelical school fall into that category—these two schools were similar enough to make them compelling places for research. Perhaps most important is that both schools are college preparatory and place a great emphasis on student achievement and the rigor of their academic programs.

Rates of Integration at Evangelical and Catholic High

All participating students in this study were asked to fill out an open-ended survey, or sociogram, in which they listed the names of other students with whom they most like to spend time, both in academic and non-academic settings. Students answered questions such as, “If given the choice, which classmates do you prefer to participate in group work with?” and, “If given the choice, which classmates do you prefer to eat lunch with?” Students were provided space at the end of the survey to explain why they listed some of the peers that they did. Somewhat predictably, students in both schools tended to list the same names over and over, and this information painted a useful picture of the social networks at each school, giving a broad overview of the extent to which the networks break down along lines of race and culture (researchers had access to the racial and/or cultural background with which each participating student identified via his or her student records). With only subtle differences, the rates of integration at both schools were similar and similarly high. The 42 percent of students at Catholic High who participated in the study were slightly more likely than the 48 percent of participating students at Evangelical High to make choices across racial/cultural boundaries. Students at Catholic High named peers of a different race/culture on the sociogram roughly 65 percent of the time, whereas students at Evangelical High made cross racial/cultural choices roughly 50 percent of the time.

Responses to open-ended questions that appeared on the sociogram, such as, “Why do you like to spend time with (the people that you named)?” varied from “because they are cool” to “because I know that these people focus and get their work done.” Although some students responded, for example, “We speak Spanish together,” or, “We both like the same food,” responses were generally neutral on issues of race and culture.

The results of the student surveys were important and interesting in that they confirmed previous research findings: the students in both schools could be fairly described as “integrated” based on these results. Also important is that the survey results allowed researchers to choose students for focus groups and interviews who could be described as prone or not prone to integrate with peers of different cultural and ethnic background. Indeed, conversations with students in each category were necessary, since the survey results alone revealed little about the strength of the social interactions and relationships that students in each school have with one another.

Student Relationships and the Influence of Worldview

Why is it that students at Evangelical High and Catholic High are well integrated? And what, if anything, does their tendency to integrate have to do with school environments?

The answers to these questions are clear from the research, but also nuanced and complex. Integration at both schools has almost everything to do with school environment, and the environment in each school is explicitly shaped by faith. However, this does not mean that faith plays the same role in each school.

In the Evangelical school, the role of faith itself is a much more explicit part of the day-to-day life of the school. In addition to emphasizing the important role that faith plays in daily life and in the decisions that students make, the Evangelical school also focuses on the importance of student relationships, especially those that cross racial and cultural boundaries. That emphasis is evident in the school’s curriculum, in interactions between students and teachers, in the issues that faculty identify as important in the school, and in conversations with students.

In brief, adults at Evangelical High are purposeful in their attempts not only to create a diverse community (the school’s admissions policy calls for 30 percent of the student population to be minority and 30 percent to come from low-income backgrounds), but also to make sure that students actively engage with the diversity that surrounds them. Student interviews made clear that faculty and staff at Evangelical High believe diversity and engagement with diverse groups of people (even non-Christians) to be an important part of leading a Christian life.

While interviews with faculty at Catholic High revealed they, too, believe diversity and engagement with diverse groups of people to be important aspects of Christian life, it was less clear that students at Catholic High know this about their teachers and administrators. In fact, students at Catholic High were much more likely than their peers at Evangelical High to describe cross-racial and cross-cultural interactions as normal behaviors, especially in a small school where students are all united by other common factors, such as their low-income backgrounds, lack of access to good public schools, and the experience of working while in high school (a requirement for students who attend Catholic High). Faculty and administrators at Catholic High noted no specific push, curricular or otherwise, to encourage students to integrate. Indeed, some students even charged that the school purposefully divides students according to language background, in that it tracks native English and native Spanish speakers into different classes in some grades—a practice that many students found discriminatory and that the school has dismantled since this study’s initial findings were published.

It is also important to note that Catholic High is not an explicitly Catholic, or even Christian, environment; that is to say, students did not cite faith as being integral to the work and life of the school and only a handful of the students interviewed mentioned faith or Catholicism as part of the school’s mission. Faculty, on the other hand, even those who are not Catholic, were quick not only to note the school’s Catholic worldview, but also to link their own work—as teachers of low-income students—to the social justice aspect of Catholicism. Whereas their colleagues at Evangelical High were very explicit about their expectations for student behaviors, faculty at Catholic High seemed to expect that their students would model correct (and Christian) behavior if they saw it in their teachers.

So, why were students at Catholic High as integrated as (or even slightly more integrated than) their peers at Evangelical High? In large part, it seems that integration occurs because these students are united by something bigger than the individual—a need and a desire to work hard, rise out of poverty, and have academic and economic success in life. This uniting drive for success is implicit in the school’s mission, which is to ensure that underprivileged children are provided with educational and work opportunities that will enable them to succeed after graduation. Notably, the mission, especially as expressed by students, is not explicitly based in faith or even related to a Catholic (or Christian) worldview. Instead, the mission is rooted and implicitly tied to a very Catholic notion of social justice—an understanding that all youngsters deserve equal opportunities in life and equal treatment, which is something that students at Catholic High, given their socioeconomic status, were not guaranteed to receive from the public school system.

While school-specific goals and circumstances inform individual and overall student experiences, it is important to recognize how closely related the reported student experience at each school was to the worldview embraced and imparted at each school. The worldviews embraced at each school, though both distinctly Christian, were in some respects quite different. Those differences, which are manifest in the different theological traditions of an Evangelical as contrasted with a Catholic school, result in significant differences in how each school approached its educational mission.

Obviously, it would be difficult to house all of the forms of “Christian schooling” under a single working definition; in these two schools alone, we observed very different ideas about the goals of education and about how the non-academic goals of education should be achieved. Indeed, one of the few things the two schools had in common was an overarching emphasis on academic rigor and the idea that a demanding academic education should be available to all children, regardless or their racial, cultural, socioeconomic, and even faith background.

Interestingly, these two different approaches did not seem to have much of a quantitative impact on the rate at which students chose to “mix” with peers of different racial and cultural backgrounds. In both schools, the extent of student integration seemed very much to be based on individual preference, family experience, and the adolescent social experience, broadly speaking. That is, it was common for students in both schools to suggest that they understood the value of spending time with people of social and cultural backgrounds different from their own, and that when they failed to do so it was described not as something malicious, but as an aspect of human nature. There was, however, a qualitative difference in the way that students in each school spoke about the value of integration and its relationship to a Christian worldview and also the greater project, or mission, of their school.

Regardless of their differences, both schools in this study represent effective modes of Christian schooling that provide students with a college preparatory experience and the opportunities to shape their own future and the futures of the communities to which they belong. They also teach students, though in different ways, to value the diversity of race and culture that on a daily basis surrounds them. Evangelical High and Catholic High are very different in mission and approach to education, but each speaks to the unique and important opportunities available to students in Christian education today.