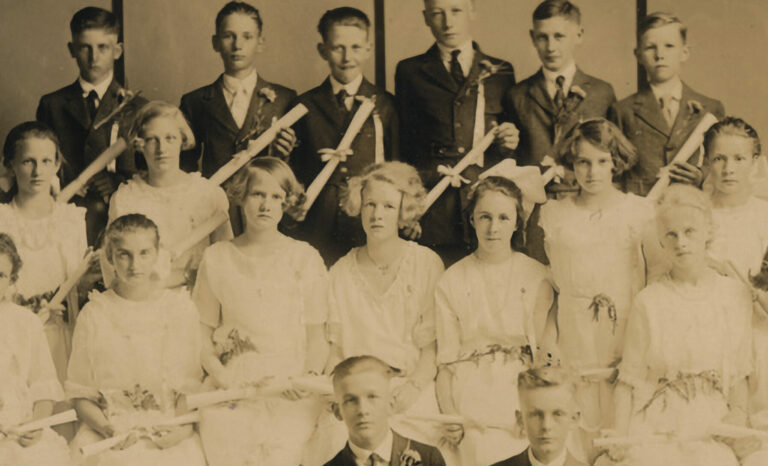 This issue may cause a certain amount of discomfort in our school communities or even within us personally as Christian educators. No matter how carefully the matters affecting LGBTQ+ (lesbian, gay, bisexual, transgender, queer, or questioning) students (or staff or parents) in our Christian school communities are raised, there is no avoiding the complex range […]

Most Are Straight, Some Are Gay, and Why It Is That Way: The Science and Future of Sexual Orientation

This essay is co-published by <www.RespectfulConversations.net>, 2015 Should same-sex marriages “be recognized by the law as valid, with the same rights as traditional marriages?” In 2015, a record 60 percent of Americans told Gallup yes; only 37 percent said no. This flip from the 37/59 percent split a decade earlier (and from the 27/68 percent […]

To my seventh-grade classmates at my Christian middle school in suburban Michigan, I was a pastor’s kid who played soccer, wore braces, and cheered for the Detroit Tigers even when they were really bad. But behind the scenes, seventh grade also marked the first time I wrote a veiled line in my journal about a […]

What role ought teachers and the school community play when a student expresses significant gender confusion? This is one of the most complex questions facing educators in the midst of clashing cultures. North American society is continuing to erase the gender binary, chalking up masculinity and femininity to mere social construction. Most Christian communities, while […]

Calling a Squirrel a Squirrel, or More Than One Way to View the Topic

A story is told about an “emperor’s-new-clothes” moment at a Christian school the day a visitor comes to class. The teacher shows a picture, asks the students what it is, and a perhaps overeager child responds, “Well, it looks like a squirrel, but I think the answer’s meant to be Jesus!” We may chuckle or […]

When it comes to issues of sexuality and gender, I do not envy teachers at Christian schools. These are touchy, hot-button subjects, and it’s no wonder teachers often feel pressure. In many schools, there are position statements and policies in place regarding homosexuality and gender expression. Such statements are often based on scriptural interpretation, but […]

Reality and Hope for Gay Youth in Christian Communities

Disclaimer: The following opinions do not claim to represent the views of any person or institution other than the author. The ideas contained in the essay flow from many years of dialogue, reflection, and therapeutic work with gay persons and their families. The data from solid research is clear. Youth who report same-sex attraction are […]

Of Humble Turnips and Inclusive Classrooms

Recently I heard from a friend who went to a relative’s one hundredth birthday celebration. The dear lady claimed that she achieved the century mark by eating lots of turnips and carrots, which she had stolen from her mom’s garden, first wiping off the dirt. Upon reflection, I realized that though I grow lots of […]

John Walcott: When the editor shared with me that the February 2016 issue would focus on LGBTQ-related issues in Christian schools, my first response was that I would like the contributors to this column to have the opportunity to participate in the discussion. I have both appreciated and learned from the ideas, suggestions and perspectives […]

At Play in the Fields of the Lord: Or, Play Us a Song, You’re the Piano Man

It was third period and Bedlam Christian High School guidance counselor Maxwell Prentiss-Hall and math teacher Jane VanderAsch were working on the crossword puzzle. Jane always felt a little guilty for not grading papers during her free period, but she found the race to complete the puzzle gave her mind a chance to reset itself […]